The Temora Aviation Museum is built on the site of the biggest and longest lasting RAAF Elementary Flying Training School during World War II. 10 EFTS was established in May 1941 and training ceased in May 1945. A total of 2,527 pilots were trained in Tiger Moths at Temora with another 111 being partially trained.

The entrance building of the Museum, is the original 10 EFTS Guardhouse, which was relocated from the airport main gate. It has been refurbished and now houses the Museum’s entrance and gift shop. The walls are still clad in the original corrugated iron, the windows are those fitted in 1941 and the floor is also the original material. The asbestos roof has been replaced and 60 years of internal modifications removed. A second building has been constructed in the style of the Barracks buildings in which trainees and instructors lived. It houses a 38 seat theatre and a range of exhibits. The exhibits cover:

A second exhibition area is located in the Engineering Hangar overlooking the aircraft which are currently in maintenance. The exhibits in this area cover:

New exhibitions are located in the Display Hangar along with the aircraft. The exhibits in 5 special display cabinets, with archived items cover:

The Museum would like to recognise the Curator of the new exhibition, Anna Gebels (nee Williams).

Anna Gebels is a PhD candidate at the University of Sydney. Her research is focused on the collected heritage of the Empire Air Training Scheme in Australia in an attempt to ascertain what we have, and what we need in order to tell an inclusive account of the Scheme.

By day Anna is a museum curator and educator who has worked in quarantine, military aviation and medical museums. By night Anna enjoys singing for and with military veterans, transporting them to yesteryear with the sweet harmonies of the WWII era with her group Company B.

All donated items to the Museum are carefully archived and stored. If you are interested in searching our archive records they are available on eHive click here. 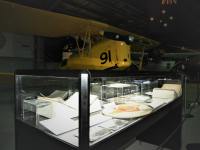 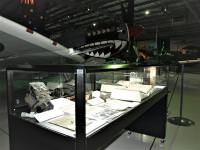 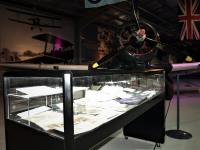