The Cessna A-37B Dragonfly is a development of an aircraft originally designed in 1952 as a trainer for the US Air Force. The A-37B in its current configuration is designed as a ground attack aircraft and was developed to meet the COIN (counter insurgency) role.

The US Government supplied 254 Cessna A-37B Dragonfly’s to the Vietnam Air Force (VNAF) during the Vietnam War. Throughout the war, A-37s were used extensively in support of Australian ground forces with many missions being directed by Australian Forward Air Controllers (FAC’s).

After the fall of South Vietnam in 1975, ninety-five VNAF A-37B aircraft were captured and incorporated into the Vietnamese People’s Air Force, the aircraft was among those captured. They were used in active service by their new “owners” and played a part in several regional conflicts involving Vietnam. 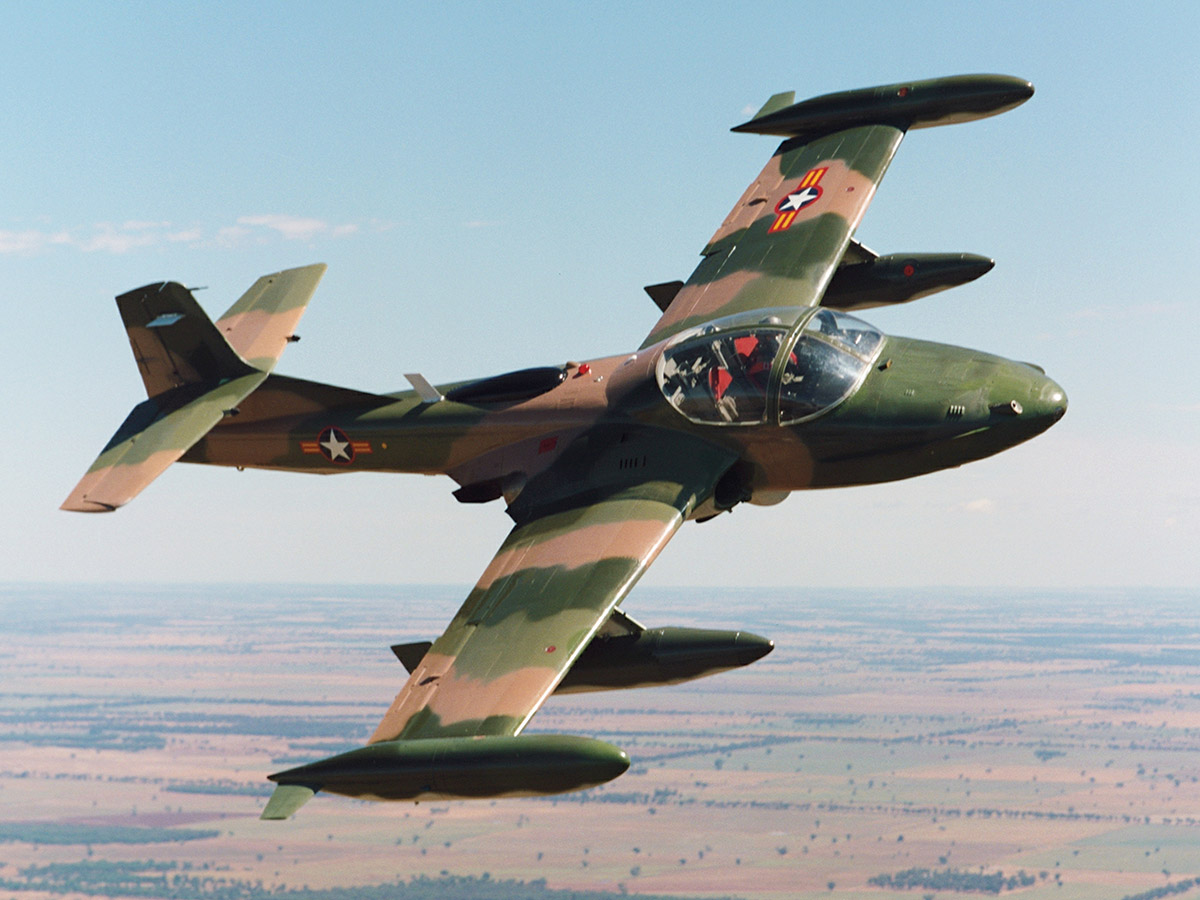 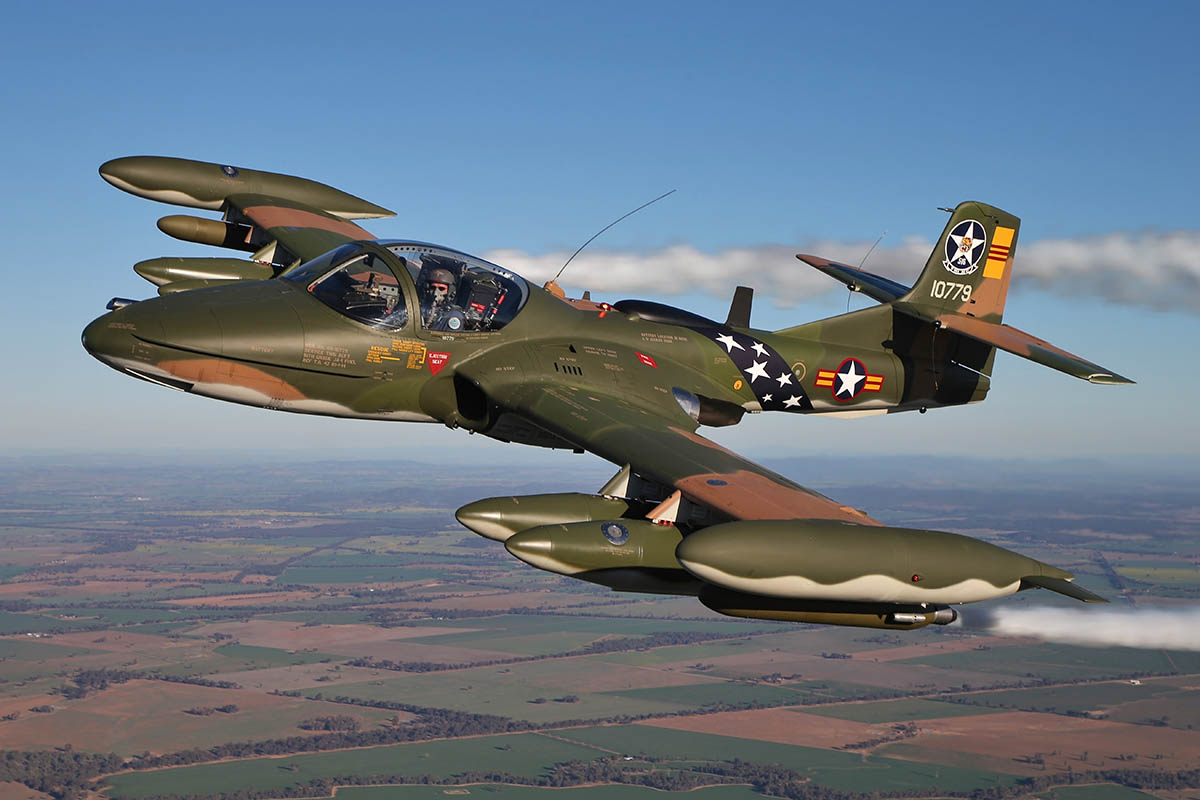 In 1989, Colin Pay (who rebuilt the Museum’s Spitfire) and Noel Vinson found several Dragonflys in Vietnam. Subsequently, ten were purchased from the Government of Vietnam and brought to Australia. These aircraft were fully restored to flying condition, and then two were acquired by David Lowy. These two A-37B Dragonflies have since been donated to the Temora Aviation Museum by David Lowy, with VH-XVA donated in December 2000 and VH-DLO in November 2001.

After extensive restoration work on VH-XVA by the Temora Aviation Museum’s Engineering Team, the aircraft returned to flight in 2018 and regularly participates in Aircraft Showcase Days.

VH-XVA is now part of the RAAF 100 Squadron Temora Historic Flight Collection after being generously donated by the Temora Aviation Museum in July 2019.