To enter the fast growing domestic military market, Ryan developed an airplane for evaluation in the 1939 U.S. Army Air Corps primary trainer competition. The Army tested it as the XPT-16. Its performance won a 15-plane service evaluation order, these to be designated YPT-16s. The Ryan ST as had been built in strict accordance with military requirements. In the redesign for the YPT-16s, the basic and familiar ST airframe underwent its first external appearance change. The cockpit openings were cut larger, down to meet the channel stiffeners, addition of a turnover mast at the front cockpit windshield, a Bendix hand-cranked direct drive inertia engine starter, toe brakes and parking brake completed the redesign. This met the immediate military specifications and was the first low-wing trainer to convince the Army to break away from their 30-year precedent of biplanes being used for initial instruction of aviation cadets. 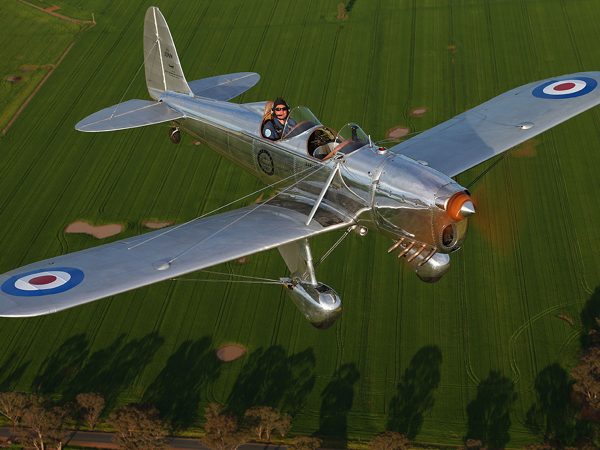 The first of the STM-2s were ordered to be equipped with Menasco C-4S “Pirate” supercharged 150hp engines. The first group of STM-2s were shipped to the Pilots and Observers School (Army Primary Flying School) at the Kalidjati Air Base to the north of Bandung in Western Java. These ships replaced the Koolhoven FK-51s as basic trainers.

Although training was the main duty of the Ryans, when the war got hot in the area, they were constantly being dispersed and used in other roles. The airplanes were pressed into service as reconnaissance aircraft and to supply remote outposts and patrol ships. It was not unusual for the pilots to strap a five-gallon fuel tank in the front cockpit and go out on a long coastal patrol. When the fuel became low, the pilot would land at a convenient clearing, refuel the aircraft and continue his flight. During air raids the Ryans would be hidden under palm leaves.

There have been popular but erroneous reports that the Dutch Ryans were armed or field modified to carry a machine gun under the engine cowl. There is no conclusive evidence or proof that this feature was ever undertaken either by the Ryan Company or the Netherlands Air Force. Some of the pilots were so confident in the STM’s maneuverability, that in all sincerity they wanted to arm them, but this was never done.

There are a number of reports involving the agile Ryans serving with the Dutch colonial military services. Several were caught or chased by Japanese aircraft, while on training or reconnaissance flights; some managed to get back to their base safely, while others were shot down. During another attack the aviators were given orders to fly at a very high altitude in order to report Japanese airplanes approaching the airfield. At times the Ryans engaged in dogfights with the Zeros. The Ryan showed such maneuverability that it did a fair job of staying out of the firing range of the Japanese airplane. One Ryan had an aileron shot off and still the pilot was able to set the airplane down safely.

This aircraft was built in 1940 and purchased from Richard Simms and placed on display at Temora Aviation Museum in July 2004.